When you think of Iceland, you likely picture lands covered in ice and frigid temperatures. However, that’s an unfair representation (and only kind of correct) of Iceland.

There’s a reason why Iceland has become a Hollywood favorite for shooting scenes — from the colorful skies to a diverse landscape, Iceland is one of the most beautiful countries in the world.

You have an unlimited number of reasons to visit Iceland, and here are five reasons why you should book a flight right now. The midnight sun and northern lights

If you had to visit Iceland for one reason and one reason only, the country’s sky would be the perfect one.

The midnight sun and northern lights can both be seen in the wondrous Iceland skies.

The midnight sun is a natural phenomenon in which the sun is visible even at midnight, and it takes place during summertime in Iceland because it’s below the Arctic Circle.

The neon glow of the northern lights capture the curiosity of humans across the globe and are one of the top reasons why people visit Iceland.

While Iceland has many different attractions and places to visit, people travel to this country from all over the world just to take in the northern lights and experience daylight 24 hours a day.

Iceland is known for its out-of-this-world landscapes, and the mountains, volcanoes, and waterfalls all play a major role in that.

This makes Iceland a paradise for sightseers and outdoorsy people who love to hike and adventure.

Home to countless active volcanoes, nothing is quite like Þríhnúkagígur, a dormant volcano that last erupted 4,000 years ago. A tour will allow you to drop down into this volcano, which is definitely not something you can say every day.

Iceland is bursting at the seams with waterfalls (no, not just ice) thanks to melting glaciers and how the landscape is situated.

Iceland, of course, got its name for a reason. And because of the glaciers and volcanoes scattered around the country, it’s known as the “Land of Ice and Fire.”

Unfortunately, these glaciers are melting, and that’s one big reason that a trip to Iceland should be in your immediate future.

While Iceland has multiple black sand/pebble beaches, Reynisfjara is the most famous. It might be considered nontropical, but it’s one of the most beautiful beaches in the world.

The black sand, created by lava, isn’t the only attraction as the basalt columns help to create what looks like a step pyramid.

Although the most famous, Reynisfjara is only one of many black sand beaches found in Iceland.

The Blue Lagoon is one of Iceland’s most popular attractions thanks to its hypnotic blue waters.

The geothermal spa might attract people with its milky blue shade, but it’s the water’s warm temperatures in the bathing and swimming area (99 to 102 degrees Fahrenheit being the average range) that keep people in the water and coming back for more, as well as the spa’s healing and rejuvenating abilities.

If you really want to make your trip to Iceland special, then Iceland adventure tours — in which you can discover parts of the country that very few people ever get to experience — is your best bet.

A trip to Iceland is a once-in-a-lifetime experience and, beyond the many different health benefits of a vacation, you’ll find so many reasons to book a flight to Iceland right now. You will never see anything like it. 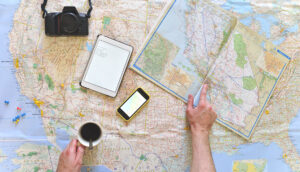 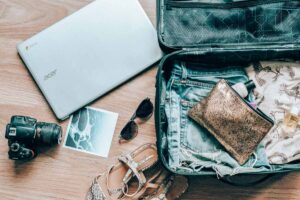