Australia is home to some of the most spectacular areas of untouched natural beauty in the world. This, combined with its developed economy and excellent infrastructure, make it a premier destination for the world’s tourists – as well as economic migrants looking to make a permanent switch. New Zealand emigration (and Australia too) has always been a popular move in the UK now more than ever, with hordes of Britons jumping on planes and making new lives for themselves.

In New South Wales, you’ll find a great example of the untouched splendour the country has to offer: the Blue Mountains. Let’s take a closer look at this natural wonder, and see exactly why it’s worth a visit. How did the Blue Mountains get their name?

If you look at the blue mountains from a distance, then you’ll notice that they’re surrounded by a peculiar blue haze. European settlers in the area decided upon the name after witnessing the phenomenon. It’s not precisely understood why it occurs, but the most likely explanation stems from mie scattering – a phenomenon which causes light of a certain wavelength to scatter when it meets certain particles. The particles in question are thought to be produced by the local flora, with the abundant eucalyptus trees in the area being the most obvious candidates. However the blue mist is caused, it’s a distinctive sight that gives the area a particular mystique.

Of course, this phenomenon isn’t a particularly new one; eucalyptus trees have been growing here for centuries. As such, it’s proven especially alluring to ancient aboriginal peoples, for whom this area was particularly significant. You’ll be able to soak in the native culture via a series of dance and didgeridoo performances, and authentic artworks. The Waradah Aboriginal Centre is open from 9-5, and performances take place throughout the day. You’ll also be able to buy souvenirs to take away with you. Buses leave from Sydney Central Station, taking around two hours to reach the Katoomba station, from which you’ll be able to access much of what the Blue Mountains have to offer.

The aborigine footprint on the area isn’t confined to within a museum, however. Within the mountains you’ll find the Jenolan caves, which are packed with underground rivers and rock formations. These caves are made principally from limestone, and there are guided tours running through them to suit visitors of all fitness levels. You’ll be able to keep track of your walking progress via a special smartphone app, which will also work when you venture out into the world outside.

Naturally, while you’re in the blue mountains, you’ll want to concentrate on seeing as much of the natural sights and sounds on offer as possible. There are waterfalls and valleys to look at, as well as a cable car to take you from peak to peak. The cable-car is glass-floored, so you’ll need to be a little brave while you’re suspended over a precipitous gorge. If you’re feeling especially adventurous, then you might try your hand at rock-climbing or abseiling; the area is littered with sheer rock faces.

At the heart of the mountains you’ll find the three sisters – a formation of three limestone columns jutting from the side of a plateau. This natural formation forms a gateway to many of the area’s hiking routes, as well as the world’s steepest passenger railway, which will take you from the open air down into the heart of the rainforest, and then back again. Limestone formations in the area have been more than three-hundred million years in the making – and they offer something which few other areas of the country can replicate.

If you’re a native of Australia, then you’ll want to put a visit to the Blue Mountains high on your list of priorities. The same is true, to an even greater extent, if you’re travelling to this part of the part of the world temporarily – while the sights and sounds of Sydney might draw more attention, it’s the natural splendour of the Blue Mountains that’ll leave a more lasting impression. Be sure to pack a visit into your trip.

If you’re going to be making a permanent switch to a life down-under, then you’ll need to get through the country’s points-based immigration system. You might alternatively first seek employment, and then arrange for your employer to sponsor your visa. There are a plethora of jobs in New Zealand and Australia, and so looking for employment shouldn’t prove too tricky with the help from a company such as Emigration Group. 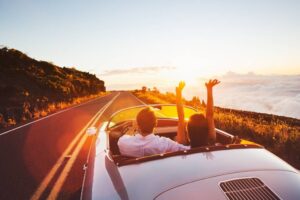 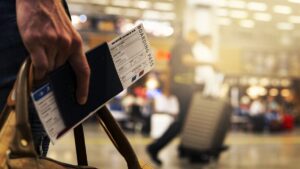